Paseo de Gracia will be filled with pianos

Barcelona's iconic avenue El Paseo de Gracia hosted a series of grand pianos, which we were make available to all those who wish to come and play them. It was a day to enjoy the activity that our founder, Jesús Serra Santamans, was so passionate about: improvising melodies on the piano, to the delight of those who, while not daring to play, choose to listen. This activity is part of the 65th edition of the Maria Canals International Music Competition, which will take place in March.

The meeting took place on 2 April 2022 in Barcelona. 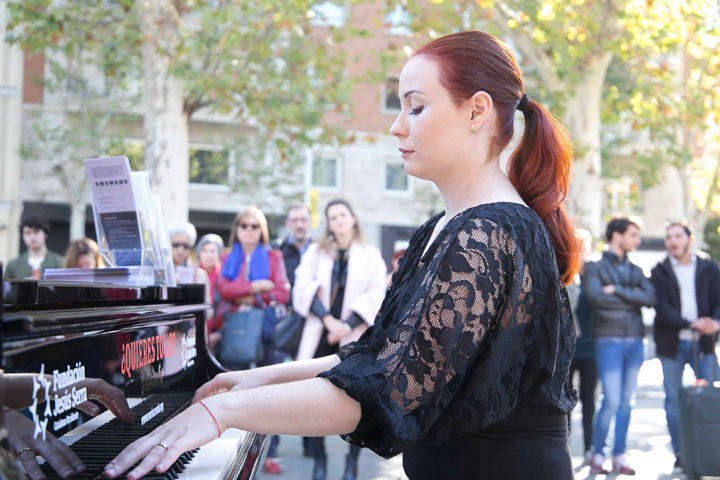