5th edition of the Research Awards

The aim of the Fundación Jesús Serra Research Awards is to promote recognition of research, particularly in the fields of basic, clinical, epidemiological and technological research on nutrition and diet, carried out by researchers in Spain.

In this fifth edition, the Fundación Jesús Serra of Grupo Catalana Occidente once again acknowledges the career and research of two young scientists working in the fields of diet, nutrition and health.

Summary of the 5th edition of the Research Awards*

*Over the next few months we will publish more information on the 5th edition of the Fundación Jesús Serra Research Awards. Click on this link to find details of all previous editions and award winners. 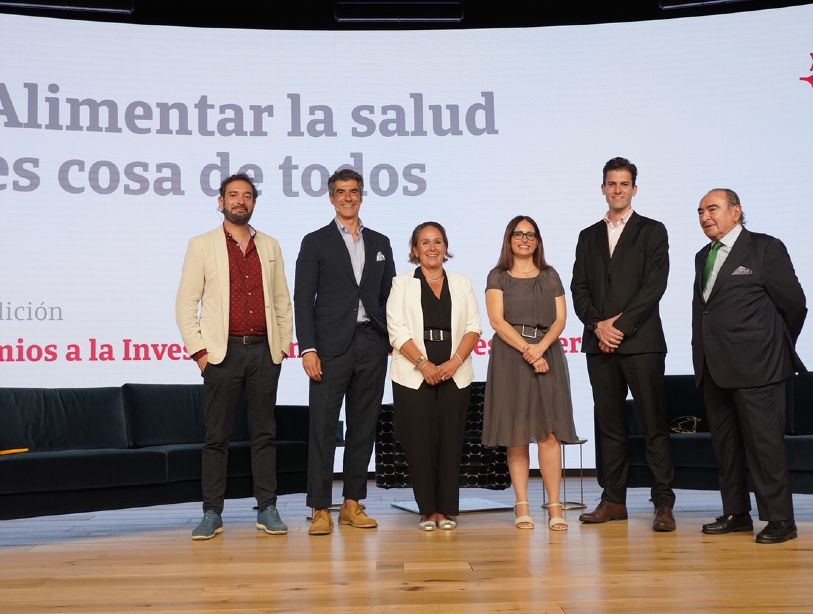 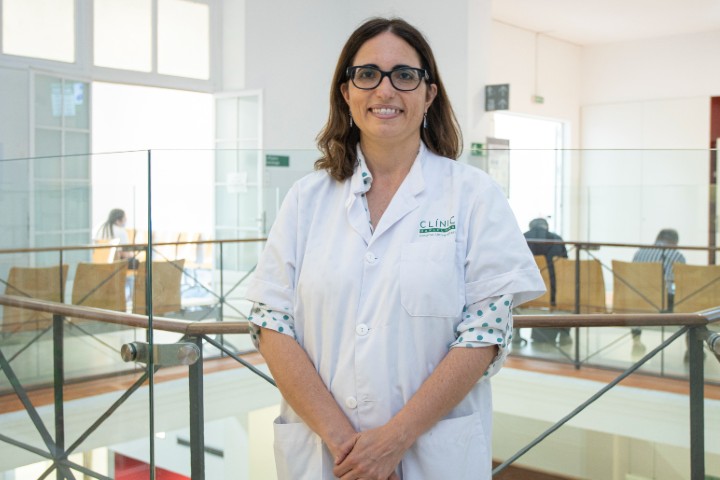 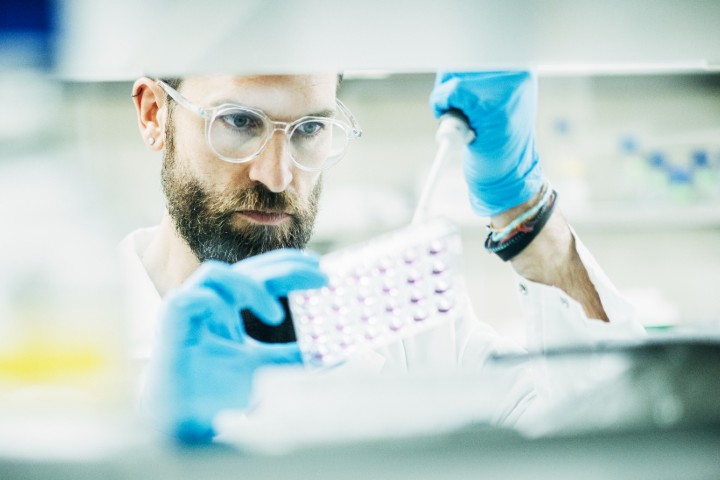 Summary of the 4th edition of the research awards

Arkaitz Carracedo received the Research Award in the basic category for his pioneering studies on the contribution of metabolic reprogramming to cancer cell biology, with special emphasis in prostate cancer, specifically the effects of polyamides and their incidence in the development of tumours or other diseases such as obesity.

Fàtima Crispi received the clinical category award for her research on the foetal development of babies with low birthweight, and its association to high perinatal morbidity and mortality rates, as well as the consequences for cardiovascular health of these future children and adults.

Ikerbasque Research Professor at the Centre for Cooperative Research in Biosciences (CIC bioGUNE) and Associate Professor at the University of the Basque Country. Arkaitz Carracedo received a PhD in Biochemistry and Molecular Biology from the Complutense University of Madrid. After postdoctoral positions at the Memorial Sloan-Kettering Cancer Center Hospital and Beth Israel Deaconess Medical Center, Harvard Medical School (USA), he established his research group at CIC bioGUNE at the end of 2010. His laboratory is a pioneer in the study of the metabolic bases of prostate cancer. His research in this field has been funded by three projects of the European Research Council (ERC) and has also been recognised with numerous awards, to which he now adds the Fundación Jesús Serra Research Award.

Prostate cancer is the most common among men, which is a major health and socio-economic problem. The winning project aims to understand the molecular bases that regulate the aggressiveness of this type of cancer. Specifically, Carracedo aims to clarify the molecular effects of polyamines on tumour and non-tumour cells, and thus define their therapeutic potential to regulate their synthesis in our organism or even refine their use as dietary supplements.

Polyamines are key molecules in cell growth, development and senescence. These molecules are found easily in the Mediterranean diet and are postulated as healthy dietary supplements due to their anti-inflammatory and anti-ageing effects. However, Carracedo and his team have discovered that the metabolism of polyamines is altered in cancer cells, generating higher concentrations of this molecule that could determine the progress of prostate cancer. A better understanding of this crossover effect of polyamines will allow therapeutic interventions to be developed that find a balance between their healthy effects and the access of cancer cells to these molecules.

Senior specialist in the Foetal Cardiology Unit of the Centre for Maternal-Foetal Medicine at Hospital Clínic de Barcelona and the Hospital Sant Joan de Déu, where she leads a pioneering consultation for the study of the foetal heart in extra-cardiac pathologies. Crispi combines her healthcare work with her work as a researcher at the August Pi i Sunyer Biomedical Research Institute (IDIBAPS) and at BCNatal. She is also an associate professor at the University of Barcelona.

Her research has focused on studying babies born with a low weight, a condition that affects 7-10% of newborns and that has no treatment. This condition is associated with a high perinatal morbi-mortality, and also has consequences on the cardiovascular health of these future children and adults.

Crispi described how the heart of these foetuses is remodelled to adapt to the placental insufficiency that causes the low weight and, subsequently, she demonstrated that these cardiovascular changes persisted in childhood, adolescence and adulthood, which probably explains their greater susceptibility to cardiovascular diseases.

Following a study involving the diet of pregnant women, Crispi and her team were able to reduce by 30% the number of babies with a low birthweight, as well as the associated cardiovascular damage. Thanks to the support of the Fundación Jesús Serra, her objective is now to study whether benefits on cardiovascular development persist in children a few years after their birth.

She has been selected for her research career in the field of clinical research and, in particular, for her research work "Interaction between microbiota and diet during the first 1,000 days of life". This project aims to highlight the importance of nutrition, the microbiota and the environment during the first 1,000 days from conception to the second year of life because of their crucial importance in influencing both the growth and development of the child's body and in the prevention of future non-communicable diseases such as obesity, allergies and diabetes in adults.

Dr Borja Ibáñez A cardiologist at the Hospital Fundación Jiménez Díaz in Madrid, and group leader at CIBER on cardiovascular diseases (CIBERCV), Dr Ibáñez is a world opinion leader in the field of heart disease. He has been chosen by the European Cardiology Society as the chairman of the clinical practice guides for the treatment of acute myocardial infarction. His speciality is "Anthracycline cardiotoxicity: development of therapies aimed at mitochondrial protection. From mechanism to the patient."

He has received this award for his clinical research career and, specifically, for his research work "Nutritional approaches for the prevention of cardiotoxicity associated with cancer treatments", focused on developing a new therapeutic intervention aimed at reducing the prevalence of chronic heart failure in cancer survivors.

Rubén Nogueiras Professor and researcher on the Oportunius Programme at the Singular Centre for Research in Molecular Medicine and Chronic Diseases (CIMUS) of the University of Santiago de Compostela, where he coordinates the Molecular Metabolism group.

His career has always focused on the study of molecular mechanisms involved in obesity, a pandemic disease with a particularly high economic, social and health cost.

He was selected to receive this recognition for his project "Role of Tanycytes in Nutrient Sensing", which is closely focused on pandemic diseases that involve a high economic, social and health cost such as obesity. This research aims to provide insight into the mechanisms involved in the interaction between the central nervous system and peripheral organs to regulate energy balance, and to investigate new mechanisms involved in the development of non-alcoholic fatty liver disease, a disease closely linked to obesity, whose prevalence is steadily increasing, and for which there is no treatment.

He received this award for his research work in the field of clinical research, and in particular for his research work "Dietary polyphenols and their effects on obesity markers", which assesses the association between exposure to polyphenols and obesity markers, as well as their effect on health parameters and weight loss during a slimming treatment.

He was chosen for his extensive work in the field of basic research, and in particular for his research on the "Impact of dietary fatty acids on metastasis-initiating cells". This project aims to delve into recent discoveries on metastatis-initiating cells with high levels of the fatty acid receptor CD36. The research team hopes to obtain essential information on the mechanisms of metastasis and how they are influenced by diet. This point is important since Western diets have a large intake of fatty acids and metastasis is the leading cause of cancer-related deaths.

She worked as an associate researcher in the Faculty of Medicine at the University of Massachusetts (Worcester, USA) until she returned to Spain in 2009 with a contract with Ramón y Cajal to study diseases associated with obesity, such as diabetes, cardiovascular diseases and cancer.

In 2011, she joined the Centro Nacional de Investigaciones Cardiovasculares (National Centre for Cardiovascular Research, CNIC), where she leads a research group on illnesses related to obesity.

She has written a large number of publications for high-impact scientific journals, such as Nature, Cell Metabolism, Blood, Science and Proceedings of the National Academy of Sciences, and she has participated as a guest in major scientific forums.

Research project: the role of mitogen-activated protein kinase (MAPKs) in the regulation of signalling pathways which are involved in metabolism, cellular proliferation, differentiation and apoptosis.

Having graduated in Medicine and Surgery from the University of Córdoba in 1997, he is a senior professor of Medicine at the University of Córdoba and a specialist doctor in Internal Medicine at the University Hospital Reina Sofía, also in Córdoba. He is also the lead researcher at the Instituto Maimónides de Investigación Biomédica de Córdoba (Córdoba Maimonides Institute of Biomedical Research, IMIBIC), where he leads various research projects, including a project entitled ‘The Mediterranean Diet associated with probiotics improves cognitive skills in patients with slight cognitive deterioration, modulating the microbiota-intestine-brain axis’, which is financed by the Instituto de Salud Carlos III (Carlos III Institute of Health). With this research, he has obtained three consecutive projects from the Fondo de Investigación en Salud (Health Research Fund, FIS), and he collaborates in various projects financed by the European Union.

His scientific activity has revolved around the study of Clinical Nutrigenomics, focusing on the interaction between genes and environment, including the intestinal microbiome and the somatic genome, in the biomodulation of cardiovascular disease and in diabetes. He is the author of numerous scientific articles published in high-impact journals and he participates in projects related to innovation in education.

Research project: the role of the Mediterranean Diet in the improvement of slight cognitive deterioration, through the modulation of neuropeptides, fatty acids, oxidative stress markers and inflammation markers in the microbiota, intestine and brain.