Our new visitingresearchers at the CNIO, CNIC and IAC

The international prestige of the Spanish Science Association, the quality of its programmes and projects and the successful results obtained attract visitors from the scientific community around the world.

This programme consists in inviting internationally renowned scientists to visit Spanish research centres with a view to consolidating the scientific relationship between the host research group and the researcher's own centre as well as promoting new lines of action thanks to new scientific interests.

Through the programme, the Fundación Jesús Serra is now collaborating with many institutions with the purpose of fostering the exchange of knowledge and development. In 2009, we started a solid relationship with the Centro Nacional de Investigaciones Oncológicas (National Cancer Research Centre) CNIO), which is, both nationally and internationally, a public institution of reference in research, diagnosis and cancer treatment; in 2013, with the Centro Nacional de Investigaciones Cardiovasculares (National Centre for Cardiovascular Research), CNIC) in order to encourage the advancement of studies in the field of cardiology and its transfer to treating patients; and most recently, in 2014, we began collaborating with the Instituto de Astrofísica de Canarias (Canary Islands Astrophysics Institute) (IAC), a research centre with an international in scope with observatories in Tenerife and Gran Canaria.

*Information to be determined for 2023. 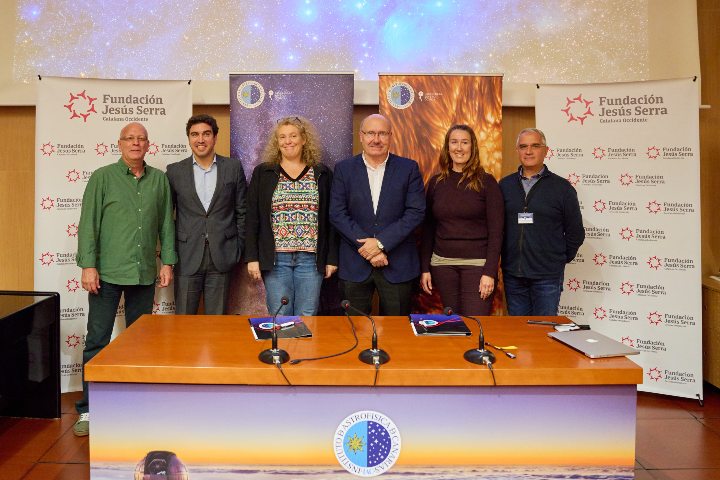 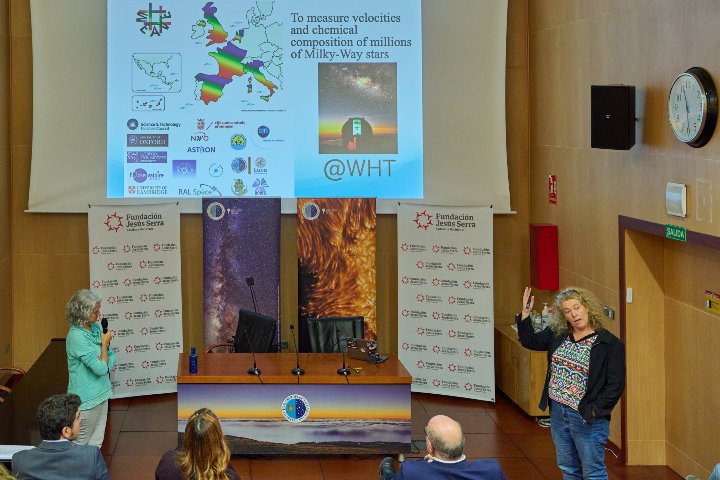 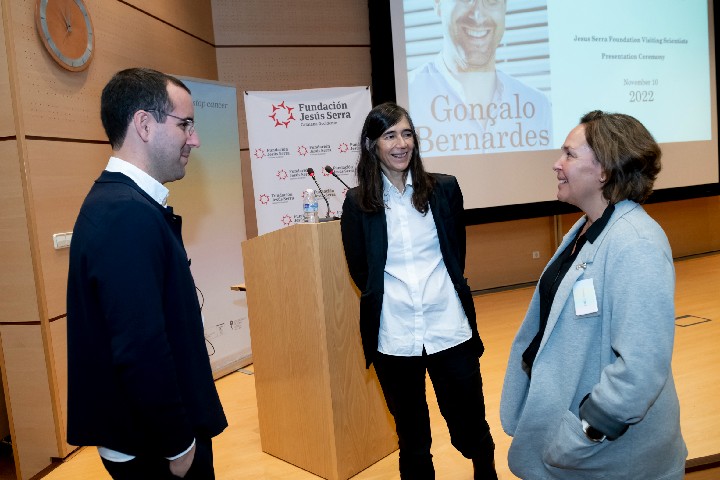 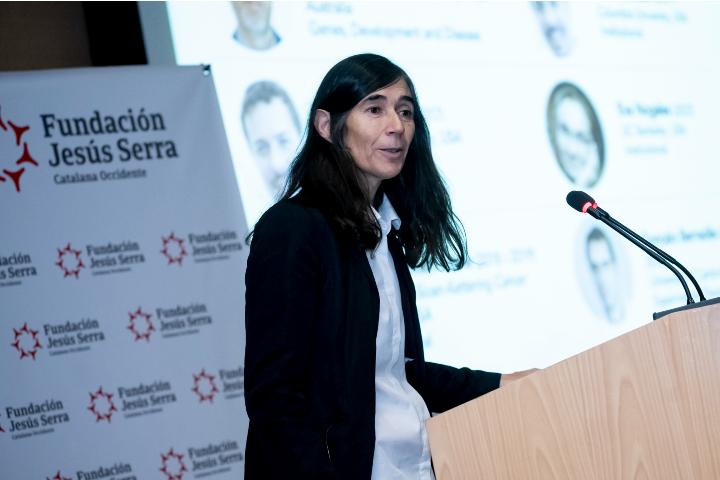 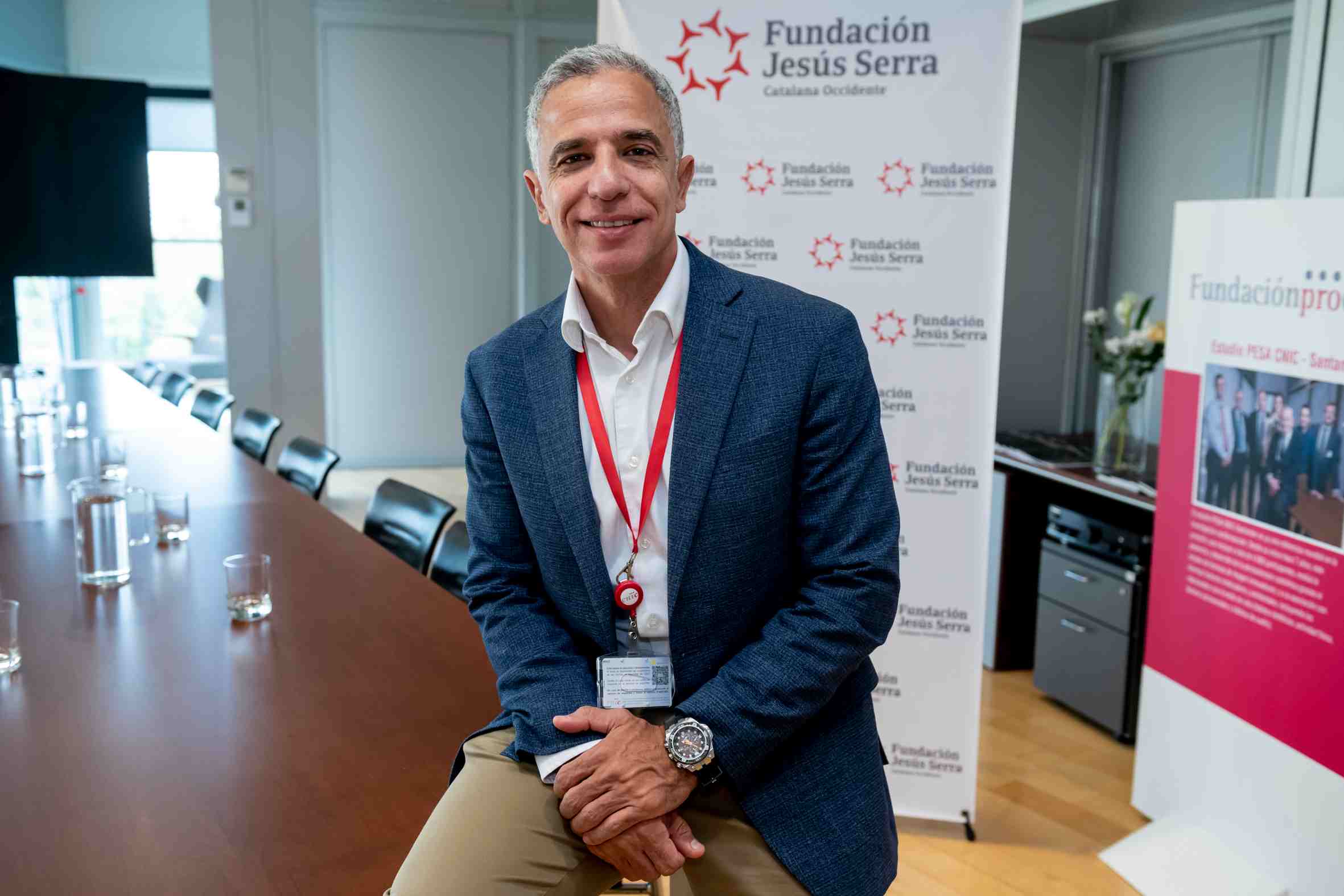 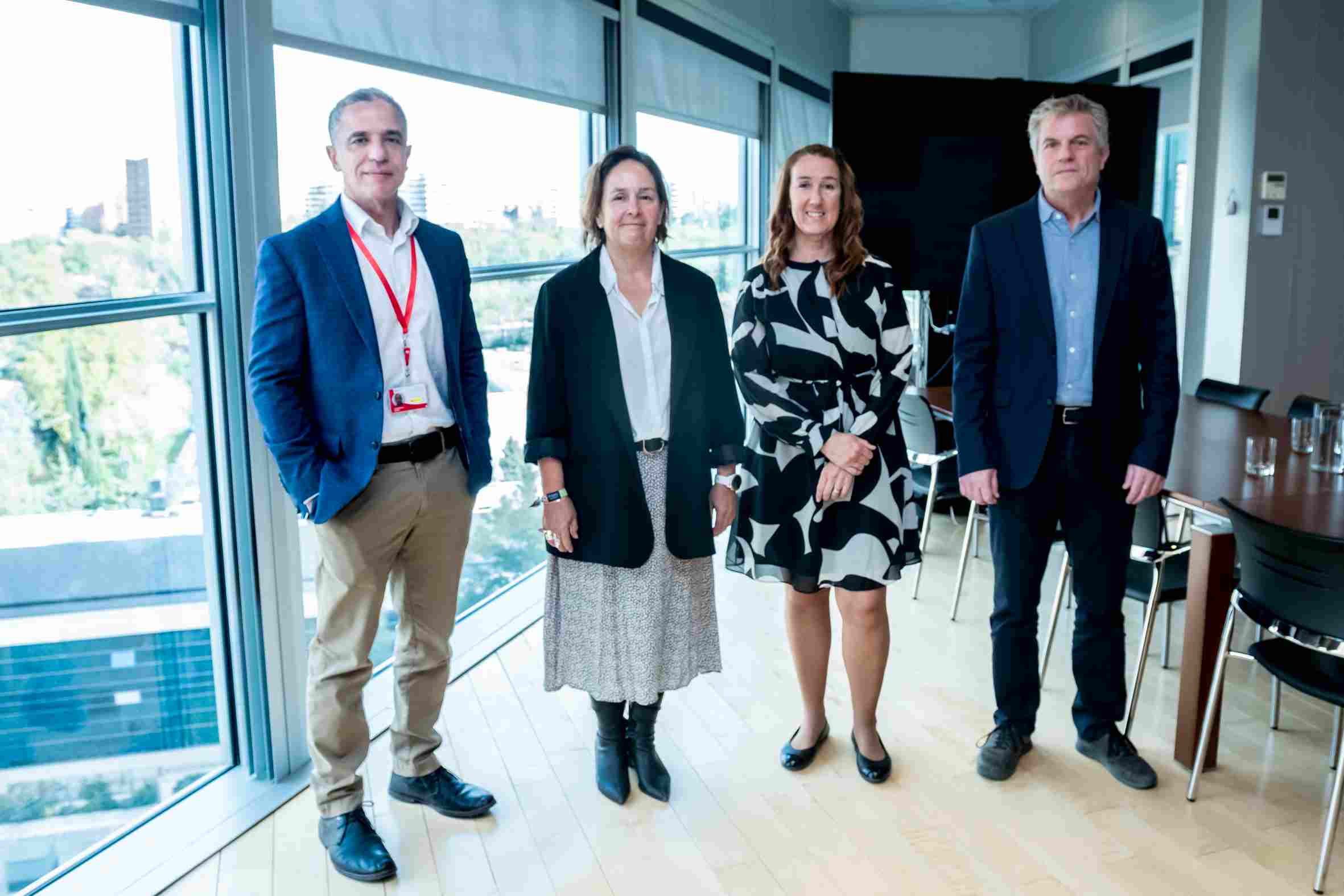 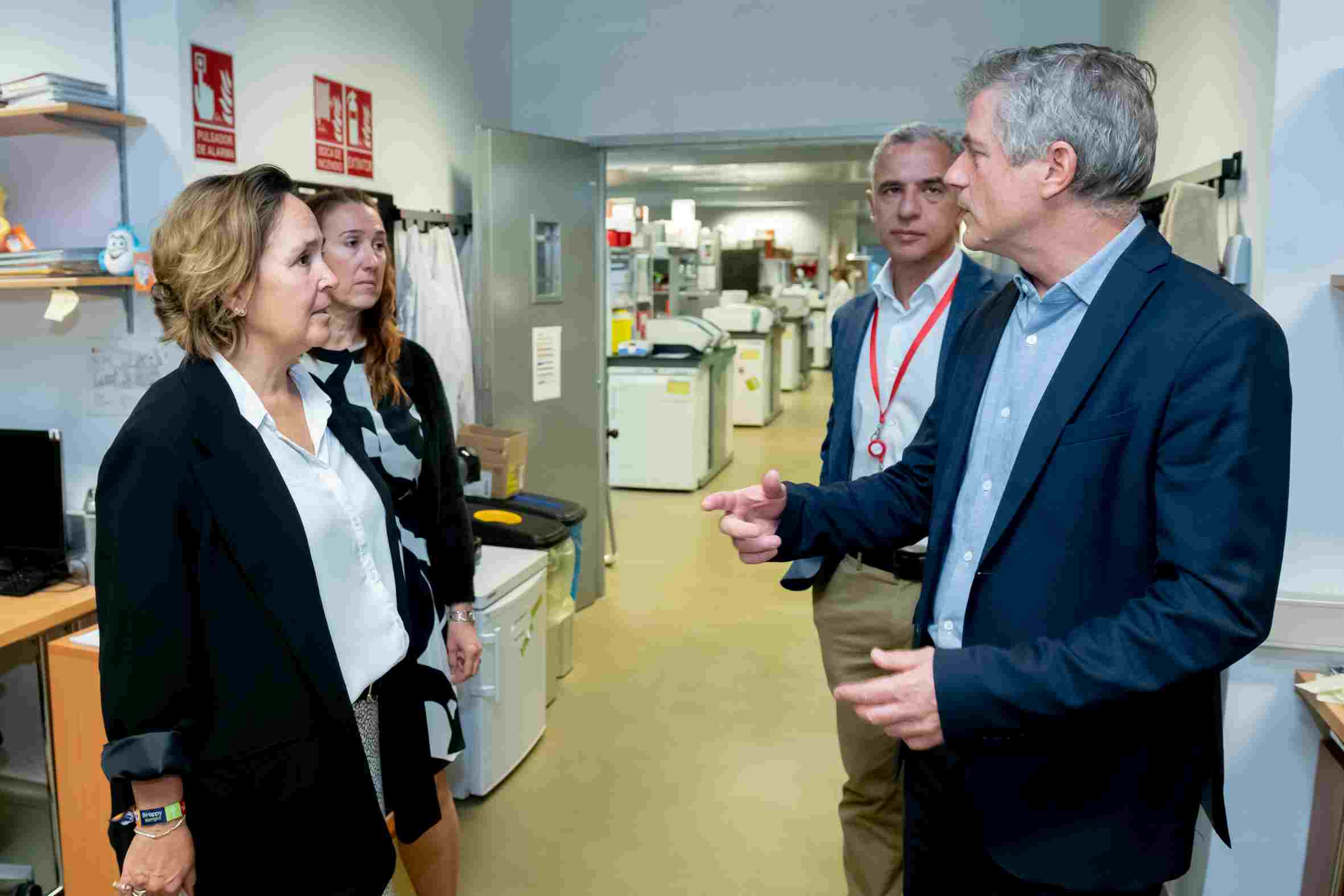 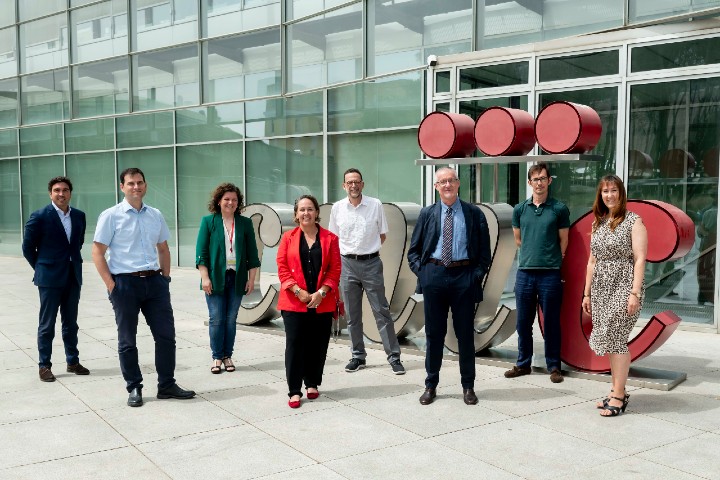 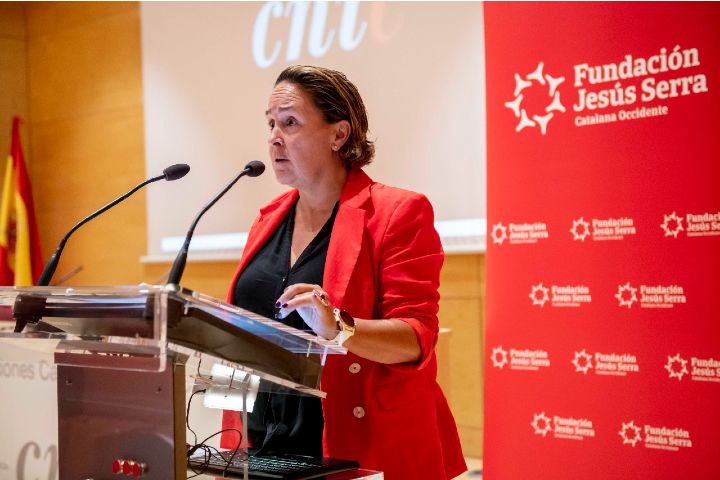 2022: Our visiting researchers with the CNIO, CNIC and IAC

Dr. Gonçalo Bernardes is Professor of Chemical Biology at the Chemistry Department of the University of Cambridge. He is also Director of the Chemical Biology and Pharmaceutical Biotechnology Unit of the Instituto de Medicina Molecular (iMM) in Lisbon. His research focuses on the use of chemical principles to address new challenges in the study and fight against cancer.

Gonçalo Bernardes has received two grants from the European Research Council (ERC); in 2016, he received the Harrison-Meldola Memorial Award, and in 2018 the MedChemComm Emerging Researcher Lectureship, both awarded by the Royal Society of Chemistry (RSC) of the United Kingdom; and in 2020 he received the International Chemical Biology Society Award.

After completing his doctorate in 2008 at the University of Oxford under the direction of Professor Ben Davis, Gonçalo undertook postdoctoral work in Germany at the Max-Planck Institute of Colloids and Interfaces with Professor Peter Seeberger, and in Switzerland at the ETH Zürich with Professor Dario Neri.

He later worked as a Group Leader at Alfama Lda in Portugal. He is also co-founder of Targ Tex, Lisbon, a company developing a highly-targeted therapy for the treatment of Glioblastoma Multiforme, and Thunder Therapeutics, Cambridge, a spin-off that develops therapies based on Selective RNA degradation.

Dr. Sadek is a physician and professor of cardiology, molecular biology and biophysics at the University of Texas (UT) Southwestern Medical Center, where he is the J. Fred Schoellkopf, Jr. Chair in Cardiology. Dr. Sadek’s research focus focuses on heart regeneration, identifying methods to activate endogenous heart regeneration mechanisms in humans. Dr. Sadek's laboratory was the first to identify mechanisms of cardiomyocyte cell cycle regulation, and discover new methods to reawaken endogenous regenerative pathways in the adult mammalian.

He has received numerous awards, including the Gilead Sciences Research Scholars Program Cardiovascular Disease, the Douglas P. Zipes Distinguished Young Scientist Award, the American Heart Association Established Investigator Award and he was elected a member of the American Society for Clinical Investigation.

Dr. Sadek is an Associate Editor of the journal Circulation, the world's leading journal of cardiovascular diseases. Dr. Sadek's work has been published in the highest impact factor journals, such as Nature, Science, Cell and PNAS, among others. The Sadek Laboratory is funded by grants from the National Institute of Health, the American Heart Association and the Leducq Foundation Transatlantic Networks of Excellence Program.

Dr. Santi Cassisi is a world-renowned expert in stellar evolution and the main creator and maintainer of the widely used BaSTI (a Bag of Stellar Tracks and Isochrones) stellar model and isochrone library.

In 1993, Cassisi began his career at the Observatorio Astronómico de Meudon-París with a scholarship from the French Government's Ministry of Scientific Research. Subsequently, between 1995 and 1997, he completed his doctoral thesis in Physics at the University of L'Aquila.

Since 1998, Dr. Cassisi has been a staff researcher at the INAF - Collurania Astronomical Observatory, also known as the Teramo Observatory, located in the Abruzzo region of central Italy. His main fields of research are theoretical stellar evolution and its application to the study of galactic and extragalactic stellar populations. In this field, he has published some 450 scientific articles, of which about 290 are reference publications and two monographs for students and researchers.

Her main field of research is galactic archaeology, focused on the search for signs of the formation and evolution of our galaxy in the kinematics and chemistry of its star constituents; the search for extremely metal-poor stars (EMPS) in our galaxy and its satellites; and the chemical composition of EMPS to probe the nature of the first stars.

Dr. Hill is also interested in studying the evolution of small scale galaxies, such as dwarf galaxies and Magellanic Clouds, as well as the study of chemical abundances on the surface of stars to restrict stellar nucleosynthesis. Throughout her scientific career she has written 191 publications in peer-reviewed articles, cited about 15700 times, and has presented 19 guest reviews at international conferences.