The Project Luisa Farré, which was given this name by the wife of Jesús Serra Santamans, the founder of Grupo Catalana Occidente, emerges as a response to the obstetrical and gynaecological injuries suffered by many women, every day, in developing countries during pregnancy and childbirth, and which lead to death on many occasions. Its objective is aligned with the third Sustainability Development Goal for the year 2030 approved by the UN, which focuses on targets of sexual and reproductive health and child health.

This project will be implemented by the NGO "Ser Madre, Ser Mujer", specifically by the team made up of Spanish physiotherapists and osteopaths Nerea Roldán Galdós, Raquel Pérez Queipo and Ana Ramos Ramírez, together with another supporting physiotherapist or midwife, which will be in charge of training local medical staff in systematic, innovative interventions at a preventive and therapeutic level, with the aim of providing quality care during pregnancy, childbirth and postpartum and helping fight against any obstetrical complications in the mother and child.

Over the next few years, two annual programmes will be implemented in the Senegalese regions of Thiès and Casamance. The first one, Be Mater, focuses physiotherapy before, during and after childbirth, while also considering the newborn's health; the second, Be Mulier, is centred on the patients' urogynaecological care.

This model can be extended to other countries of Sub-Saharan Africa, Latin America and Southeast Asia, where they are facing similar issues in obstetrical and urogynaecological care.

This year, the exhibition ""La madre que nos parió" (The Mother who gave us birth to us), of the project "Ser Madre, Ser Mujer" forms part of the cultural activities of the Malaga Film Festival, with the objective of highlighting both the situation of women in Senegal and the work carried out by the NGO.

Signature of the agreement 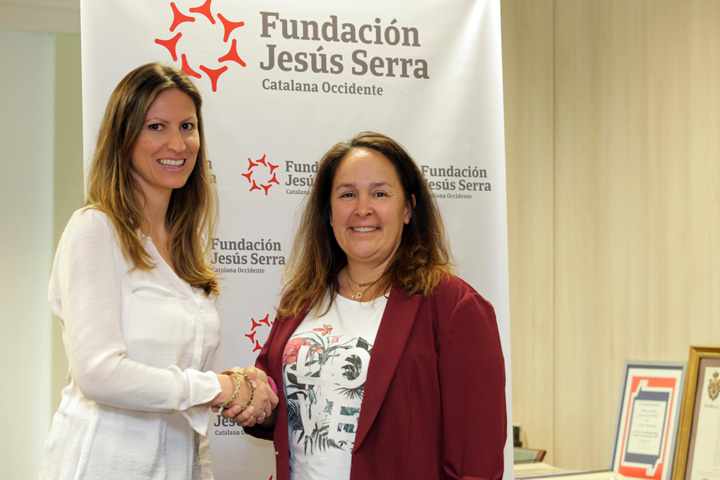 Sexual and reproductive education for the girls of Casamance