Meeting the players of FC Barcelona, attending a Sweet California concert, visiting a race course, spending the day at an amusement park or making their dream of being a palaeontologist come true are just a few of the over 4,000 wishes that the Fundación Pequeño Deseo has granted for children with a chronic or terminal illness.

This organisation's mission is to emotionally support the children and their environment, helping them cope with their illness, as it states "sometimes, fulfilling a child's wish is the best medicine they can receive". The positive emotions generated thanks to making their dreams come true have an unquestionable effect on their well-being and physical improvement.

Our Foundation supports the Fundación Pequeño Deseo in helping joy and happiness form part of the treatment for children with chronic and terminal illnesses, helping to make hope their main travel companion, an example of which are the 22 wishes granted in 2021. 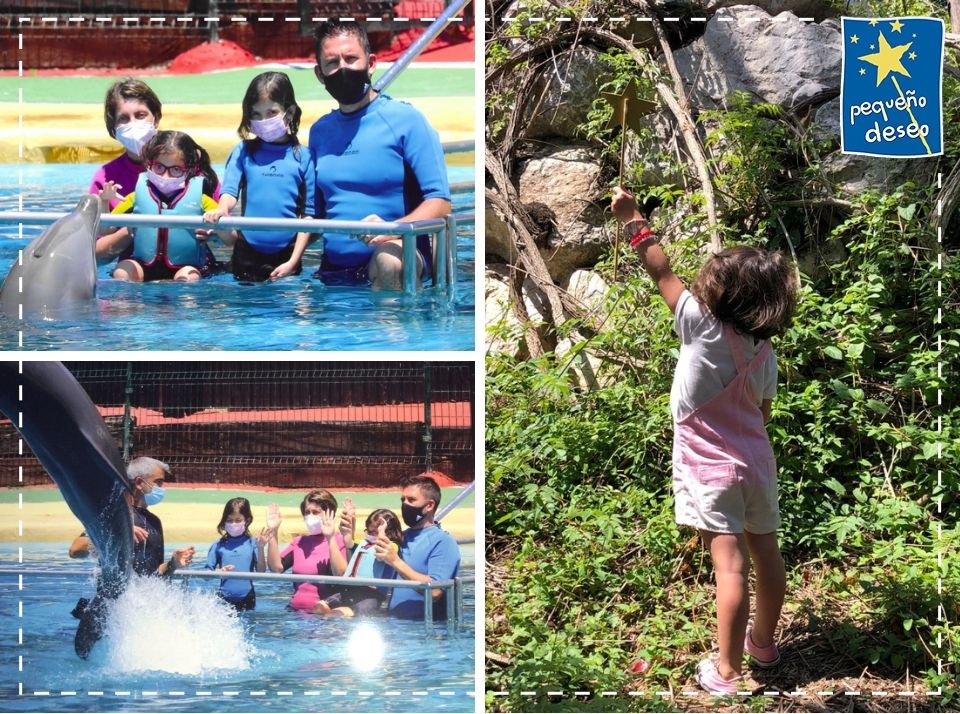 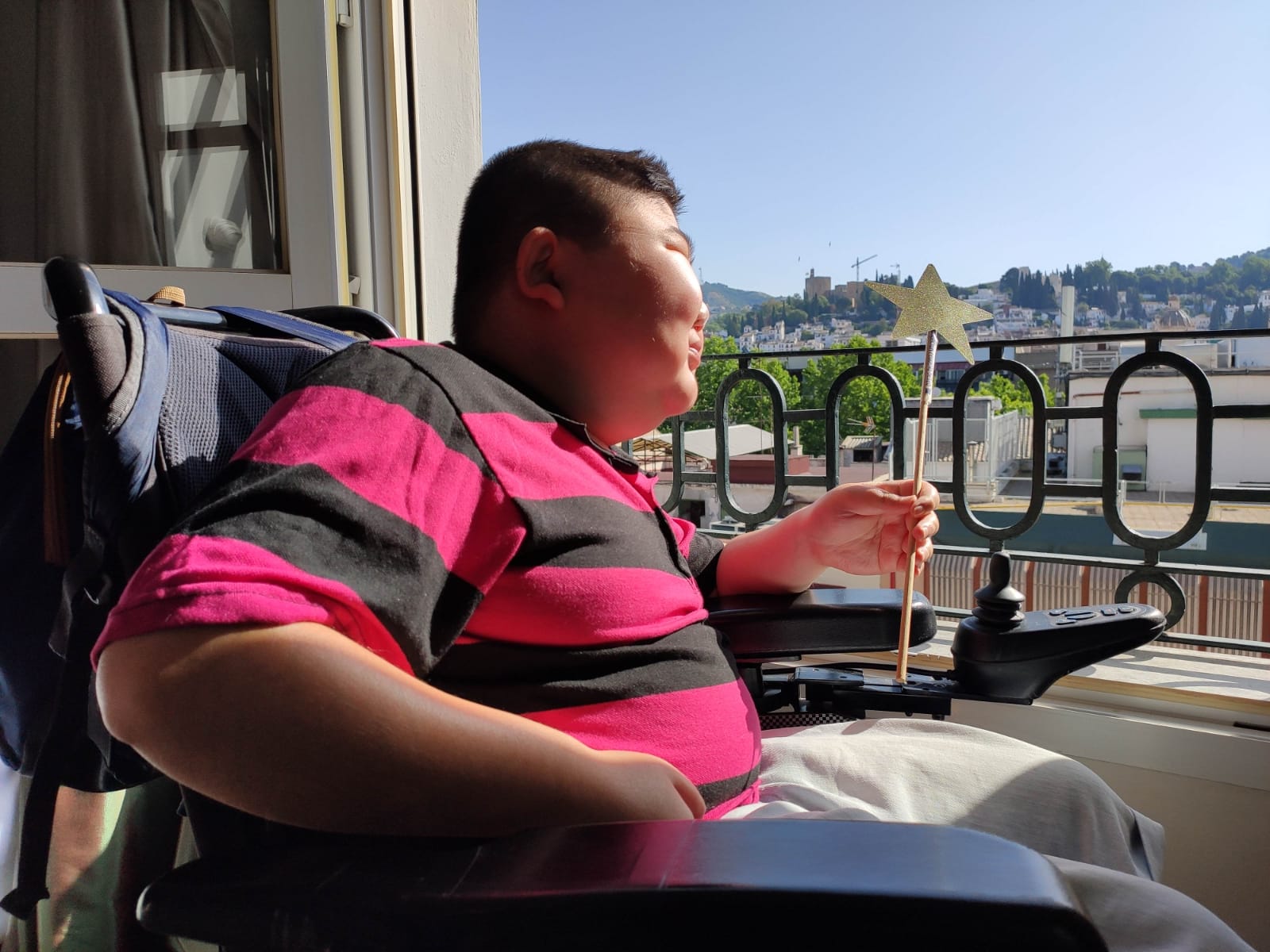 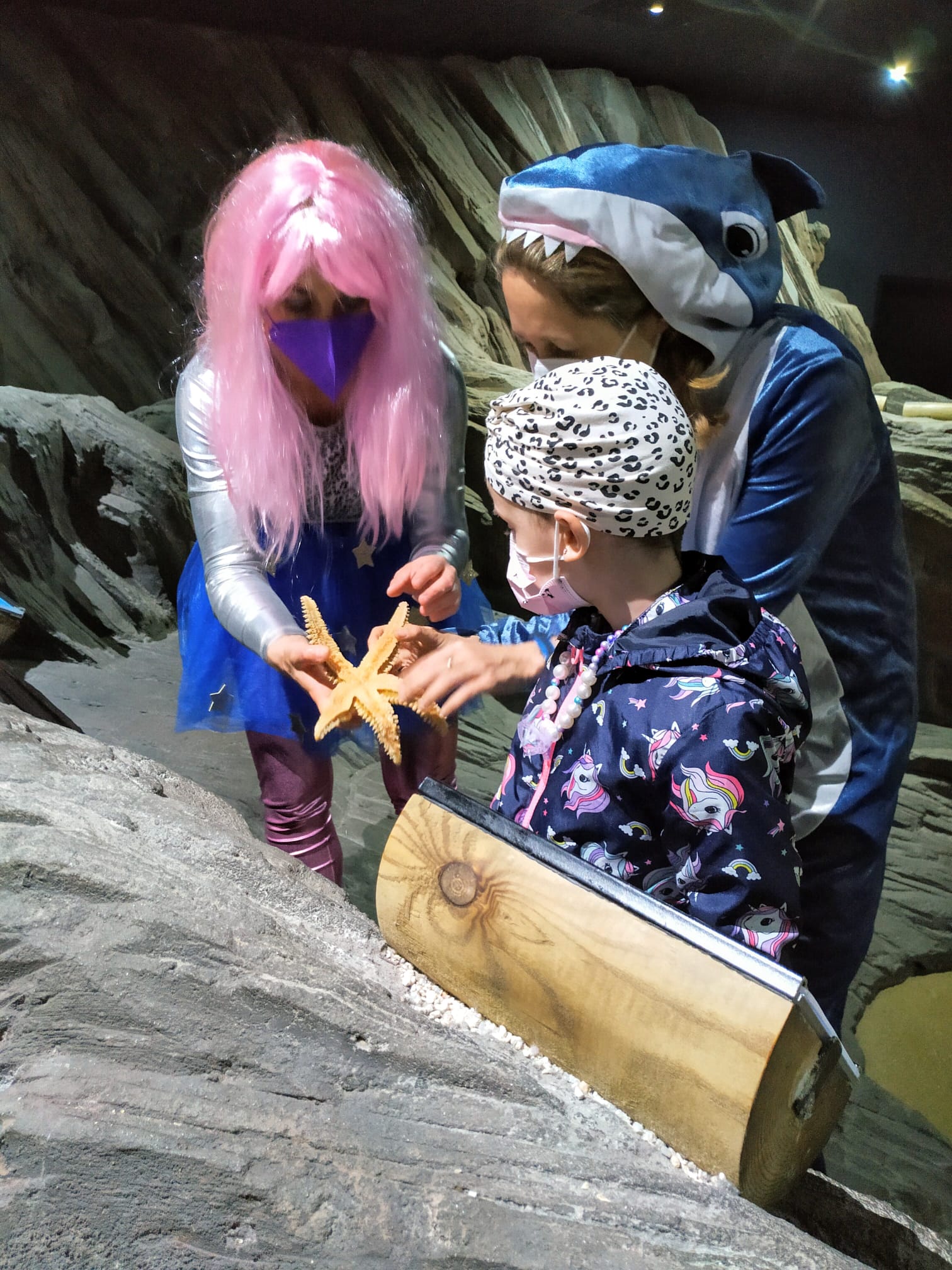 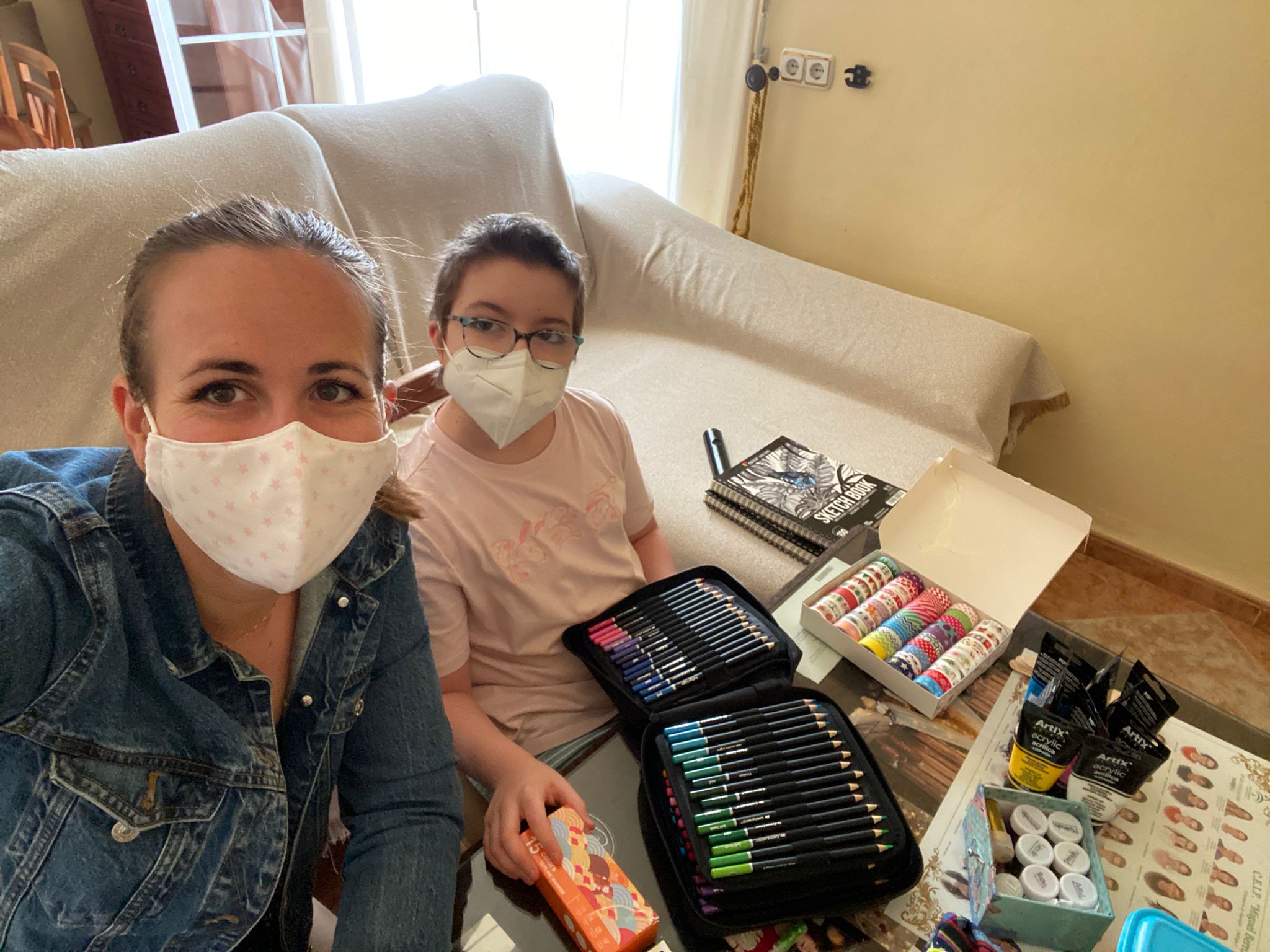 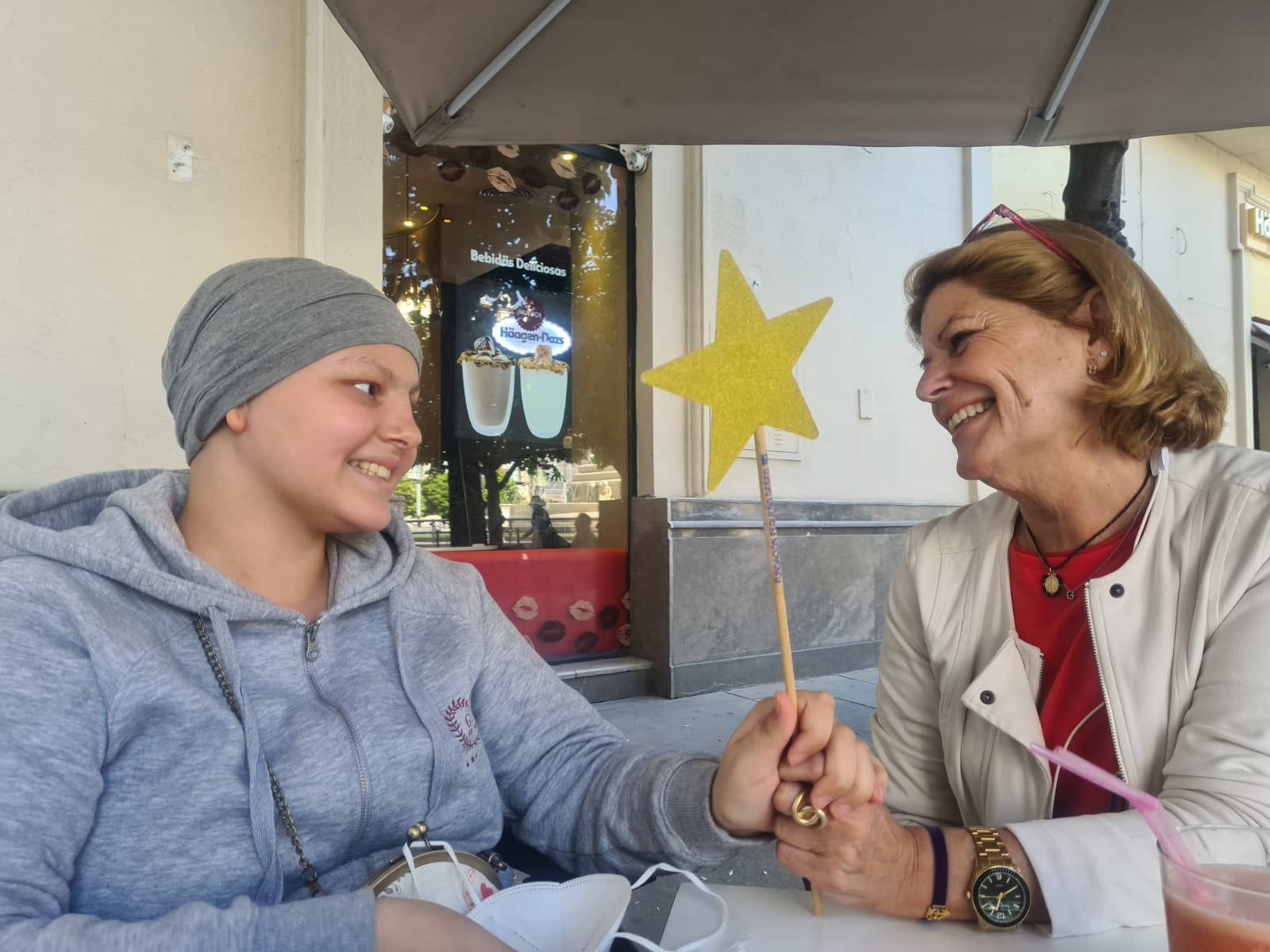 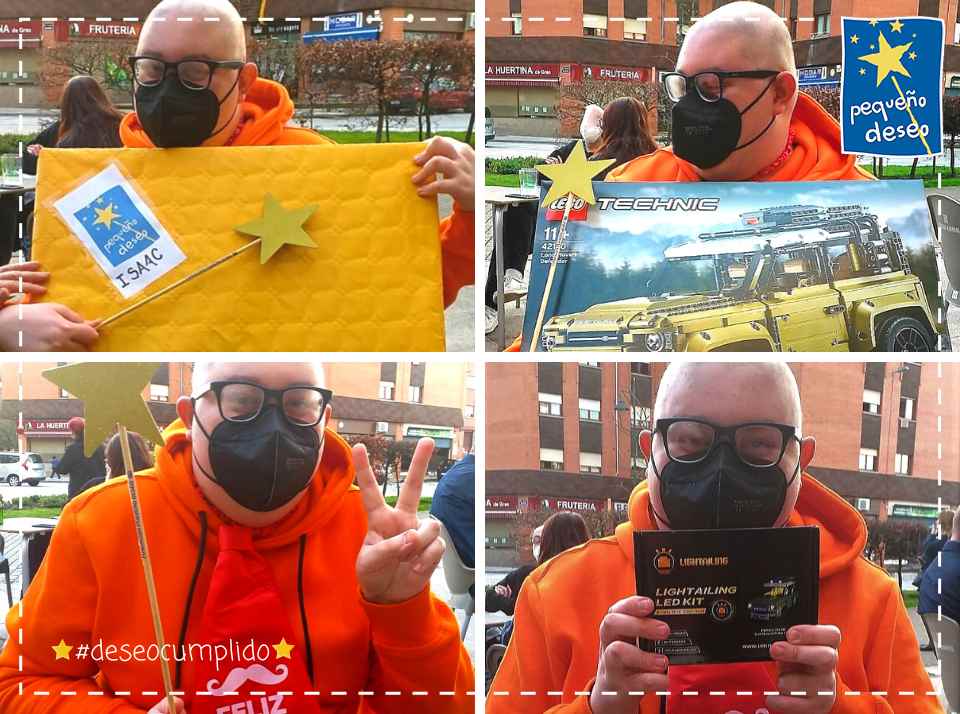 What were the first ten wishes?

The first one granted was that of Andrés, whose wish was to meet the members of the Justice League, that fill his days and nights with passion, just like any other member of his family. This wish was granted thanks to our fairy, who gave him a Superman outfit to enjoy a pleasant conversation with Batman.

The second of the wishes was that of Valeria, an animal lover, specifically ponies and unicorns. For one day, she enjoyed a lovely day in Pony Country, where she could stroke, comb and even ride them, but the final surprise came when a unicorn appeared to play with her.

Thirdly, Isaac's wish became a reality. Lover of Lego, at long last he received his much desired Lego Land Rover Defender from our fairy as this young man has become an expert in the field.

María Ángeles was next in line to see how her dream of having her room redecorated in the latest trends was realised. Thanks to the magic of Fundación Jesús Serra and Grupo Catalana Occidente, her wish was granted.

Wish number five, which he has had for a whole year, is for Manuel. Passionate about bicycles and Harry Potter, his dream came true, as Hermione Granger herself from Howwarts School of Witchcraft and Wizardry, brought him a surprise bike on his birthday. Now he can enjoy some magical rides.

Gabriela and Catherin are two little girls that love the world of babies and dolls. Our magic fulfilled their respective wishes, as Gabriela received a beautiful Reborn Baby Doll, while Catherin met a LOL Doll in person.

The eighth wish we granted was Patricia's.With a emotional video of friends and colleagues, she discovered that our fairy, had gifted her with a much-longed-for laptop.

The countryside is a full-time hobby, Iván and his family love to take long walks in areas with pure air and nature. That is why, when they arrived at their destination for one of these trips, visitors there surprised them with a special wheelchair left by our fairy, so that he could enjoy these outings even more.

Two other wishes were those of Maricarmen and Iván.  Maricarmen loves to wear the latest fashions and discover every corner of his city, which is why thanks to magic Fundación Jesús Serra and its magic wand her wish was granted for an electric scooter and a matching jacket and belt bag set. In the case of Ivan, he is also a great enthusiast of scooters, and our fairy granted his wish by giving him one so that he could practice and become an expert rider.

Ada is passionate about crafts, but one of her unfulfilled desires was not only to fly, but to fly like a bird. Thanks to the open wind tunnel, she realised her dream, as the experience, she says, was a-m-a-z-i-n-g!

Amina, Nicole and Claudia, who are passionate about animals, saw their wishes granted. In the case of Amina, she enjoyed a guided tour of Guijón Aquarium (Bioparc), but the big surprise was that Sponge Bob was waiting to greet her there with a marine themed basket of chocolates. On the other hand, Nicole travelled to Valencia to discover the secrets of the equatorial forest, Madagascar, the large wetlands and the African savanna found in the city's Bioparc. For her part, Claudia waved our fairy's wand to enjoy a great day out in Selwo, where she swam with dolphins.

Adriana's big passion is modelling, and she wants to be a model when she's older. That's why one of this young girl's dreams came true when she was able to pose and walk the catwalk like a true professional, after enjoying a make-up and wardrobe session that is.

Ana loves Madrid, and specifically the Prado Museum. In view of her great desire, the Fundación Jesús Serra magic wand helped to fulfil her dreams: to visit the city and the Prado Museum with a guide and stay in a nice hotel in the capital. She tells us that she will never forget this trip.

Aitana is also a fan of the adventures of Harry Potter, but she is also a super fan of Aitana from Operación Triunfo, and she loves good food. That's why in one of the best restaurants in Valencia, she received a Harry Potter kit, but the best thing was when she received a video from the singer, sending her and her siblings lots of love and kisses.

Granada, and specifically the Alhambra is one of the World Heritage monuments that everyone is in awe of due its immensity, grandeur, and beauty. Yussen, a lover of the city and the monument, fulfilled his wish by enjoying a weekend in the Andalusian city, and visiting the Alhambra.

Kevin's desire was to have a tablet in order to be able to work better on his tasks. We fulfilled this dream, but alongside it, Kevin had the surprise of one of his favourite superheroes, Spiderman.

And finally, it was the turn of Amaia. She loves drawing, colouring and doing crafts, which is why our fairy waved her wand and gifted her with a complete kit to enjoy her big hobby.

These are some of the wishes fulfilled by Fundación Jesús Serra, but there are still 2021, what will the next wishes granted be?