Winners of the 2nd edition

Raúl Zamora Ros is part of the team of researchers from the private foundation Bellvitge Biomedical Research institute (IDIBELL). He received this award for his research work in the field of clinical research, and in particular for his research work “Dietary polyphenols and their effects on obesity markers”, which assesses the association between exposure to polyphenols and obesity markers, as well as their effect on health parameters and weight loss during a slimming treatment.

Salvador Aznar Benitah, from the Catalan Institute of Research and Advanced Studies (ICREA) and the Biomedical Research Institute of Barcelona (IRB Barcelona), was chosen for his extensive work in the field of basic research, and in particular for his research on the “Impact of dietary fatty acids on metastasis-initiating cells”. This project aims to delve into recent discoveries on metastasis-initiating cells with high levels of the fatty acid receptor CD36. The research team hopes to obtain essential information on the mechanisms of metastasis and how they are influenced by diet. This point is important since Western diets have a large intake of fatty acids, and metastasis is the leading cause of cancer-related deaths. 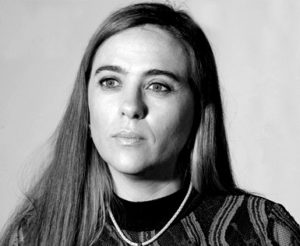 Scientist and professor, she holds a Bachelor’s Degree in Veterinary Medicine from the University of Extremadura with an Extraordinary Prize (2000) and a PhD from the Medical Research Council.

She worked as a research associate at the Faculty of Medicine, University of Massachusetts (Worcester, United States), until 2009 when she returned to Spain under a Ramón y Cajal contract to study diseases associated with obesity, such as diabetes, cardiovascular diseases and cancer. In 2011 she joined the CNIC, where she leads the research group on this subject. In 2018 she received the Fundación Jesús Serra Research Award for her professional career, presenting a project on the role of mitogen-activated protein kinases in regulating the signalling pathways involved in metabolism, cell proliferation, differentiation and apoptosis.

Degree in Medicine and Surgery from the University of Córdoba (1997), specialist in Internal Medicine at the Reina Sofía University Hospital.

Professor of Medicine at the University of Cordoba, he is currently working as a principal investigator at the Maimonides Institute for Biomedical Research. His scientific activity has focused on the study of clinical nutrigenomics, focusing on gene-environment interaction, including intestinal microbioma and somatic genomes, biomodulation of cardiovascular disease, and diabetes. He won the Fundación Jesús Serra Research Award for his professional career with a project on the role of the Mediterranean diet in improving mild cognitive impairment through the modulation of neuropeptides, fatty acids, markers of oxidative stress and inflammation in the microbiota, intestine and brain.